We had all liked Mr. Winscot. He didn’t mind when we used the sledding hill on his property and he always gave out the best Halloween candy in the neighborhood. So when we heard he’d been taken by the Tall Man everyone was really bummed out. 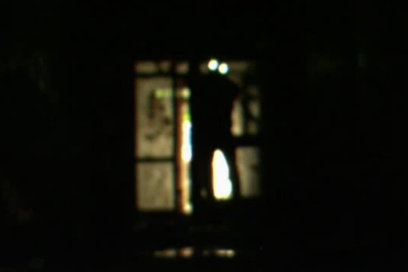 You wouldn’t have heard of Tall Man, of course, so let me explain. Tall Man has been a legend in my town for decades. Those who claim to have seen him say that he is over 9 feet tall, slight, and pale, with an exceedingly polite smile. My dad told me that Tall Man is a collector; he likes things. Dad says his favorite things to take are sad people, empty buildings, and dreams. I have to admit he’s stolen away my dreams more than a few times.

When Mr. Winscot didn’t show up to church on Sunday, nobody thought it was weird. Then when Monday rolled around and he wasn’t at work with my dad, people started to whisper. My parents thought it was odd but not particularly concerning. But then the rumors started that Tall Man had gotten Mr. Winscot. A kid in my class even said that he had seen Tall Man in Mr. Winscot’s house through a window. I told my parents what Jake had seen but they only laughed.

Tyler and I biked by Mr. Winscot’s place every day after school to get to our friend Rory’s house. We never stopped in front of Mr. Winscot’s to try and see Tall Man through the windows like Jake had. We never even slowed down.

But one day we played too late at Rory’s. Since we didn’t want to bike home in the dark we called our parents and asked to sleep over. Tyler was allowed to. But I wasn’t.

I tried really hard not to look as I biked by Mr. Winscot’s cul-de-sac. I almost made it, but my curiosity forced a backwards glance at the house. The lights were all on and my eyes were drawn to the face in the window immediately. I saw the Tall Man looking back at me. I choked in a panicked breath and my foot missed the pedal as I tried to speed away on my bike. I stumbled for only a second – my eyes never leaving the face in the window – before I pedaled home as fast as I could.

The next morning at school I told Rory and Tyler about Tall Man. They didn’t believe me, of course, they hadn’t believed Jake either. I knew I had to show them or they would think I was a liar. We waited until dark and then biked to Mr. Winscot’s cul-de-sac. Tall Man was there – as I told them he’d be – watching us from the window above the front door. It was such a tall front door that I thought Tall Man must be 10 feet high to see out of the window above it. He was almost smiling but his expression betrayed a certain displeasure. Tyler fell off of his bike.

As soon as we cleared the cul-de-sac we all began talking over each other in a flustered panic.

“We have to tell the cops!”

We went back the next morning with more friends but Tall Man was gone. We went back the following day, too, but again could see no one behind the window. We began to wonder if Tall Man only came out at night. A few nights later, as we sat in Rory’s basement waiting for a pizza to arrive, we decided to sneak out and see if our theory was true.

We quietly rolled our bikes down the driveway and into the street. We took off for Mr. Winscot’s house, torn between hoping Tall Man was there, and praying that he wasn’t.

We saw him as soon as we biked into the cul-de-sac. He was still standing there after all, and this time Tall Man was outright frowning.

“I don’t get why he only comes out at night.” Tyler said while he snapped a picture.

“Maybe he watches us in the daytime, too.” Rory shrugged. “Maybe we can only see him at night because that’s when the porch lights come on and shine right in the window.”

It was a chilling thought. We decided to test Rory’s theory the following Saturday, emboldened by the assumption that Tall Man could only watch us but never come out.

As soon as the sun came up that morning we biked to Mr. Winscot’s. We had to get close, almost all the way to the beginning of his driveway, but Tyler swore he saw Tall Man still standing in the window.

I made hand binoculars and squinted at the window for a few more minutes before Tyler suddenly said “Let’s go,” hopped back on his bike, and pedaled off. We caught up to him a few blocks later.

“What the hell was that!” I yelled.

“It was…Tall Man was there, but he looked different this time.”

“I don’t know, he looked angry or just…wrong somehow.”

It was days before we could convince Tyler to go back to Tall Man’s house, and even then he insisted on taking his teenage brother Matt with us. Matt wasn’t impressed with our stories at all. He didn’t believe us, but he came anyway for Tyler’s sake.

As soon as we got close enough to see Tall Man in the window above the door Matt got off his bike. He stared and squinted, and stared some more. He got closer, closer than we had ever dared to go at night. We followed nervously behind him.

Matt walked up the driveway and then down the stone path to the front porch. We dared not follow that far. Then Matt went up the porch stairs, right up to the door.

“Holy…fuck.” He said. Then a few more four letter words, and suddenly Matt was running down the front porch, down the path, down the driveway and out into the street where we waited.

“What is it?” Tyler asked him.

And he was right, it wasn’t Tall Man after all. We stayed long enough to watch the police break down the door and cut the rotting corpse of Mr. Winscot from the ceiling where he had hung himself from a lamp fixture in his foyer. The body had decayed as if it were melting in the days we had watched it from the road. Mr. Winscot had written no note and made no goodbyes, leaving behind only the sad story of a divorced, middle-aged man suffering from a sad, well-hidden depression.

It was weeks before the town lost interest in the tragic suicide and months before kids stopped asking us to describe the body in all of its gory detail. Eventually even Tyler and Rory and stopped talking about it. Everyone had moved on. Everyone except me.

See, there was one detail that always bothered me, one thing I never told Rory or Tyler. It was about the first time I’d seen Tall Man, the time I’d been alone. The thing was, I’d seen Mr. Winscot that night: he’d been sitting alone in his kitchen eating dinner. But I’d seen something else, too. In the upstairs bedroom window there had been an impossibly tall, impossibly pale man staring back at me through the glass. And he’d been politely smiling.