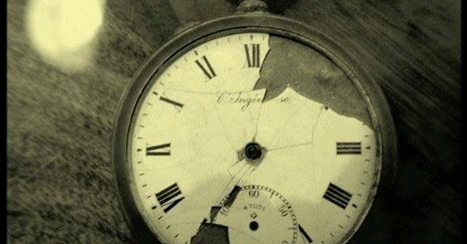 When I was a child there was nothing to eat. I was the eldest of five and so it was my job to make sure that I always let my brothers and sisters eat before me. War was inching inward from the coast and as it marched closer, our food grew scarcer. Animals fled the area, or were slaughtered and consumed in panic by the other families in our village.

My father was a wise and cautious man and so we waited to slaughter our two chickens until the fall, when grass and tree bark had become too hard to find or inedible. The other families knew we had chickens and father stayed up all night, every night to watch over them. He had to kill at least one boy, from a neighboring town, who had gone mad with hunger and tried to burn down our small home with a burning branch.

When the chickens were naught but bones and the bones had grown brittle and porous from Mother’s many soups my parents sent my two eldest siblings and I out to collect bugs and field mice for supper. We were hungry but not quite starving until one morning we woke to the first frost and there was nothing alive left to eat. My parents began to discuss the inevitable – perhaps my father should go to the coast and sell his father’s pocket watch to one of the drunken, but well-paid soldiers. It was the only thing we had of value and the only family heirloom my father had to pass down to me.

I didn’t want him to go. I was afraid war would arrive while he was gone and I was too young and too weak to protect my mother and younger siblings. I begged him to stay but he insisted it would be alright and promised to be back within two weeks. I was so afraid and when he and Mother were outside preparing his satchel I smashed the pocket watch under my foot and placed it back in my father’s half-rotted desk.

My mother cried for days. Father did his best to comfort her as I watched them peel the leather from my father’s boots and boil the hide for dinner. The next night Mother found a dead rat and boiled away the disease with the new fallen snow from outside. And the evening after that she filled our bellies with rat bones and more melted snow.

My little brother Albert kept everyone awake that night, crying over his hunger. He begged for all the things we’d eaten when we had a garden and animals – beef stew, white rolls, succulent corn and spiced lamb. He made all of our stomachs moan and torture us and I soon screamed at him to be quiet while my mother sobbed from her room.

Father stroked Albert’s hair for hours and then went back into his and mother’s bedroom, shutting the door behind him. Albert moaned until the thin light of dawn peeked through our threadbare curtains. I could hear Father in his room, tinkering with the watch. My hunger had long worn out my fear of soldiers and I silently prayed that he could repair it.

Father worked on the pocket watch all through the day and into the night. Selia had found dead crickets in the walls of the abandoned bakery and as we ate them Father emerged from his bedroom with Mother right behind. The smile on his face was one I had almost forgotten as I’d not seen it since the day my youngest sister was born. He told us that he had repaired Grandfather’s watch and that he’d heard of a soldier encampment nearby. Three days, he promised us, three days and I will return with carrots, and lamb, and rolls so big they’ll fill your bellies for a year!

We clapped our hands in delight and ran around our small, dirt yard with a delight and glee that seemed a foreign language to us. Father said that we were all to help mother find beautiful things with which to dress the table. The next morning he gave us all a piece of rubber from the sole of Mother’s shoes to chew on and sent us out on our mission after kissing us goodbye and promising to be back before we’d remembered he had left.

We had such fun that day, gathering horseshoes and shards of broken glass. We threaded bits of twine through the horseshoes to hang above the table and tied the glass to the ends, hoping they would shimmer in the lamp light. We returned home as the sun set, happy with our day’s work and eager to return to it tomorrow.

We weren’t yet in sight of home when I first smelled it – onions, chicken broth, spiced lamb, even sweets! I ran as fast I could, dropping our table dressings carelessly along the way in my maddening pursuit for food. I burst through the door to find Mother at the stove, preparing our meal in a quiet reverence. I threw my arms around her and asked if Father was home already.

Yes, my love. He had chance to meet a wealthy mercenary on the road who was only too happy to buy your grandfather’s watch.

I hugged her even tighter and sat down at the table as my brothers and sisters came spilling through the doorway. They found their places quickly; hungry, expectant looks upon their faces. Father came out of the bedroom and took his seat at the end of the table as Mother brought over a steaming platter of spiced, boiled lamb. She nodded at us and we filled our hands with the rich meat, hardly bothering with our plates.

After dinner we were sent to bed with full tummies, barely a word having been said by anyone since our dinner had been set to table. We ate our fill the next night and then the next and the next. But as our food stocks started to dwindle, so did Mother’s health. Each day bled more out of her until we were left fighting over scraps of raw meat while our mother lay weak and wilting nearby.

The first night I went again without food was the night that the hazy, happy ether began to lift and my memories of the past few days became confusing.

I recalled that the spiced lamb I’d consumed with such ferocity had actually been sickly sweet and the accompaniments I had first smelled from afar had never been brought to table.

I couldn’t remember Mother eating anything in all the days since Father had returned; instead she’d sat quietly next to us at the table, staring at the pile of gray meat we consumed with such fervor.

And Father, I couldn’t recall hearing his voice since the morning he had left for the soldier encampment. His chair had sat empty, night after night, and as the peripherals of my memory formed shape, I couldn’t be entirely sure he’d ever been there at all – at least not since the morning he had cut pieces of rubber from Mother’s shoes at the table.

Frightened and starved, I didn’t find sleep until the darkest hours of the night. The following morning when Mother emerged from her room I asked where Father had gone. She told me he’d left to become a solider and sent us out to peel bark off of the bushes in the forest. Father never returned.

Perhaps the reason I didn’t realize what happened back then was because it was too awful to consider, and I was so very hungry. But Mother died a few days ago and in death she thrust the truth upon me. From her stock of meager possessions I was bequeathed a small box that contained nothing more than a shiny, broken pocket watch.

Perhaps she wanted me to remember it all: the only hope of our survival that I’d smashed under my heel. My Father’s last, loving hug before he sent us to collect dressings for the feast. The overly seasoned gray meat. And the rancid smell that had begin wafting out from under Mother’s door, becoming more pungent each day.

My father sacrificed more for his family than most ever would. I used to lament that I had nothing to remember him by. No family heirloom to pass down to my own children.

I cannot part with the watch because it is a curse that I must bear…for the shiny, contorted metal has never lost the sickening smell of that sweet, silvery meat.

One thought on “The Pocket Watch”